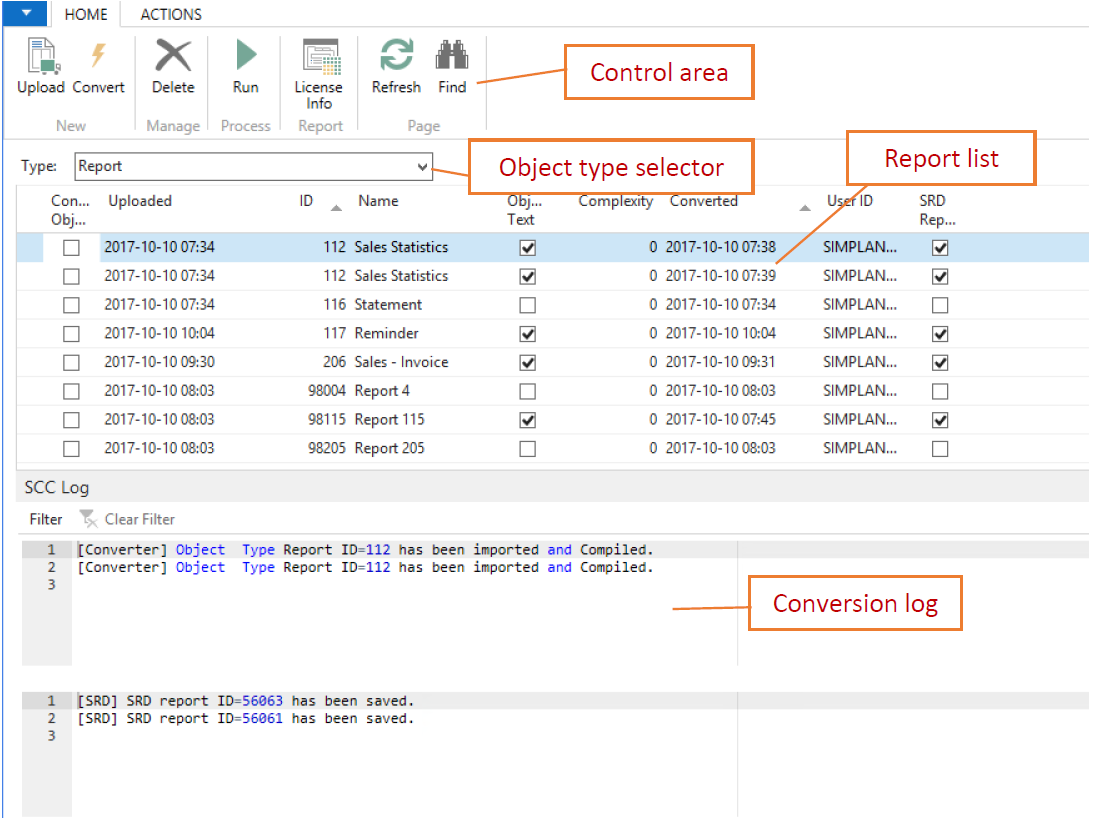 When you want to upload new reports for conversion, click “Upload” button and select an object file that contains classic reports. Then click “Open” to close the dialog.

Table objects defined as report DataItems MUST BE INCLUDED in the uploaded file. Failing to do so will result in multiple conversion errors. 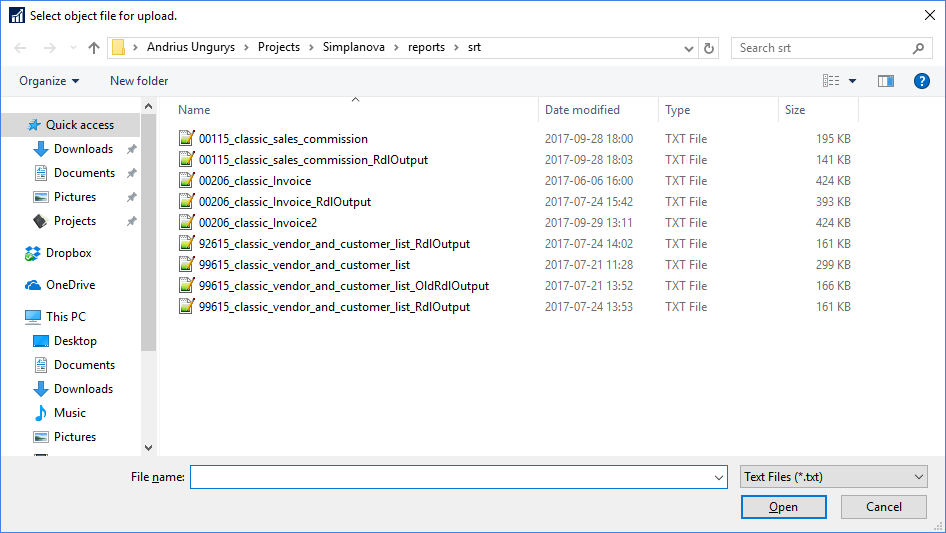 you can include any number of reports in uploaded file.

After the upload is done Simplanova Report Converter will extract and evaluate all included reports. You should see a list with all uploaded items.

Reports can vary in their conversion complexity therefore Simplanova Report Converter automatically analyzes each of them and assigns a complexity rating. It can be a value of 1 (simple reports), 2 (intermediate reports) and 4 (advanced reports). Depending on report complexity your converter license count will be decreased by displayed amount when you run the conversion.

After reports have been uploaded and evaluated, you can convert them.

First select which reports you want to convert by clicking checkbox in “Convert Object” column: 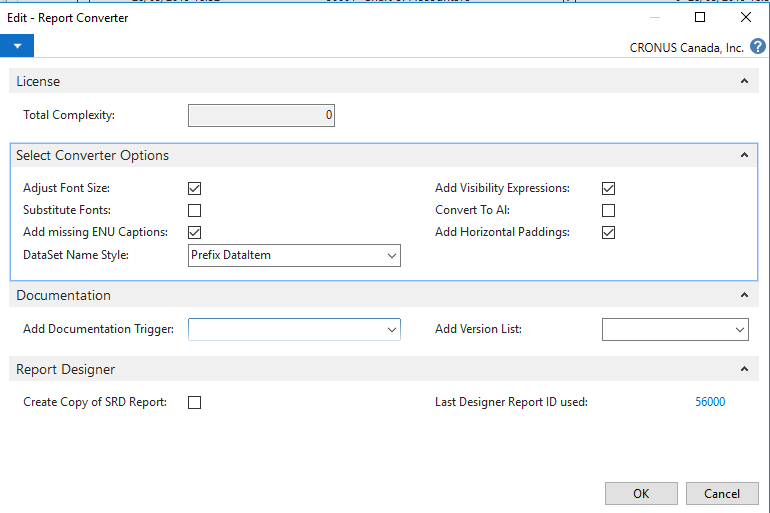 In total complexity field you will see how many converter licenses will be used for this operation. Certain advanced reports can use more than one license to convert.

Adjust font sizes: if checked the tool will automatically reduce font sizes for the text to fit in available textbox height. When unchecked, original font size will be retained.

Substitute fonts: if checked the tool will apply Segoe UI font for textboxes that do not have font family specified. Arial font will be used otherwise.

Convert To AL – converts report from classic to rdlc and to AL.

After complexity calculation where is a possibility to correct some of report header/footer conversion options. You can chose where to place your header/footer sections in body or in header/footer.

To start the conversion process, click “OK”. The tool will then proceed with conversion and will display the results. Check conversion log for each selected reports to see more details.

You should see an output similar to this:

When the operation is successful the converted report is automatically imported and compiled.

After report has been converted, imported and complied, you can run it by selecting and clicking “Run” button.

When you click on the “Actions” tab in converter menu, there are additional actions available.

Re-Import Objects: tries to run import operation again for converted reports. Useful when you choose not to overwrite existing objects during initial conversion.